Start your future with us

We are a family run business with a young team of instructors.

After your training, we offer you very good takeover opportunities.

Throughout the training, we offer you varied and challenging activities.

After the basic electrical and metal training you will support your colleagues in the installation and wiring of customer orders. Many varied, exciting and also demanding tasks await you during your training. By regularly changing between the departments Switch cabinet production and Operating electronics maintenance you will gain valuable experience in all electronic areas of the RIPPERT company.

Theory and practice – perfectly combined! Due to the regular change between the production and design departments in the first 1 ½ years, a varied and exciting working day awaits you. Throughout the entire training course, you will work continuously with your colleagues on customer orders and accompany the production process up to final assembly. Many interesting courses round off your training as a technical product designer.

Excursions and events Looking back at the highlights of the training 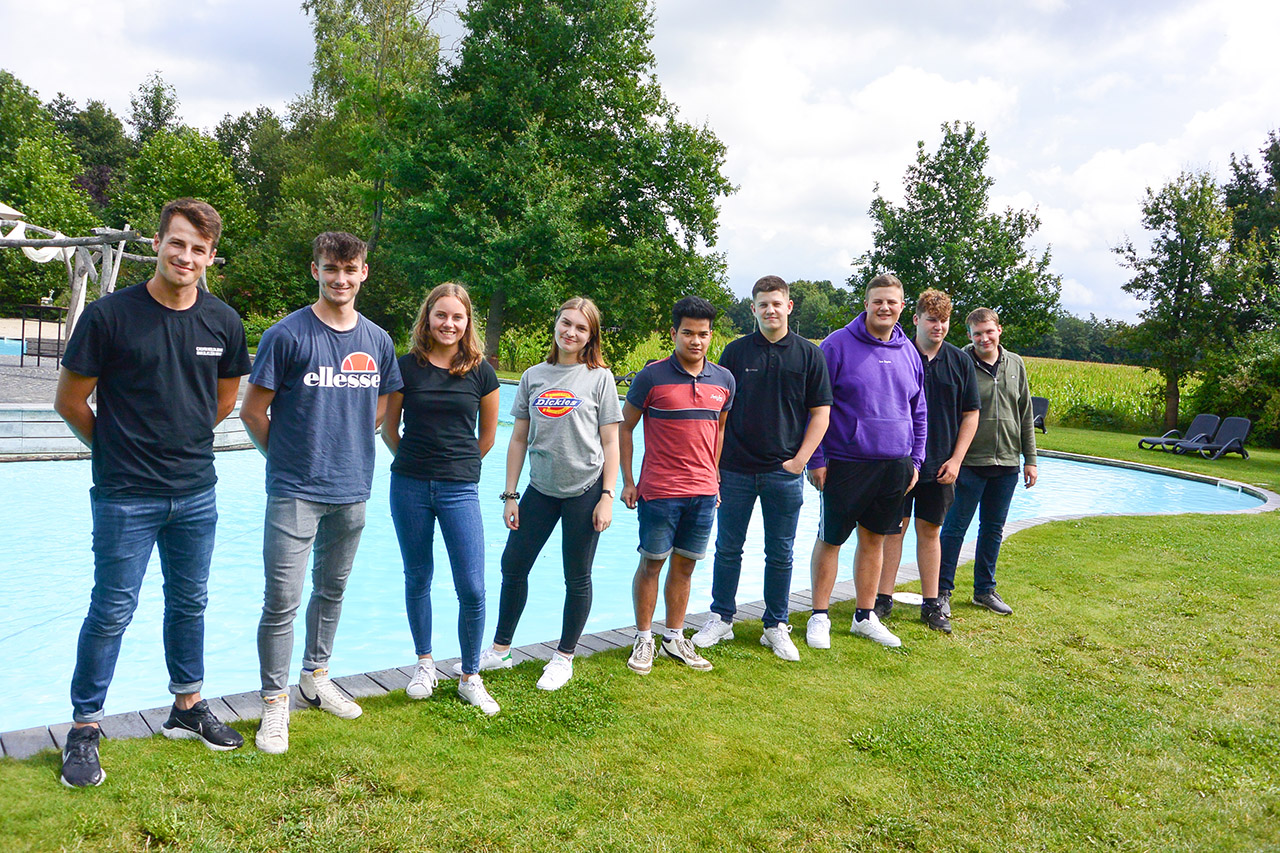 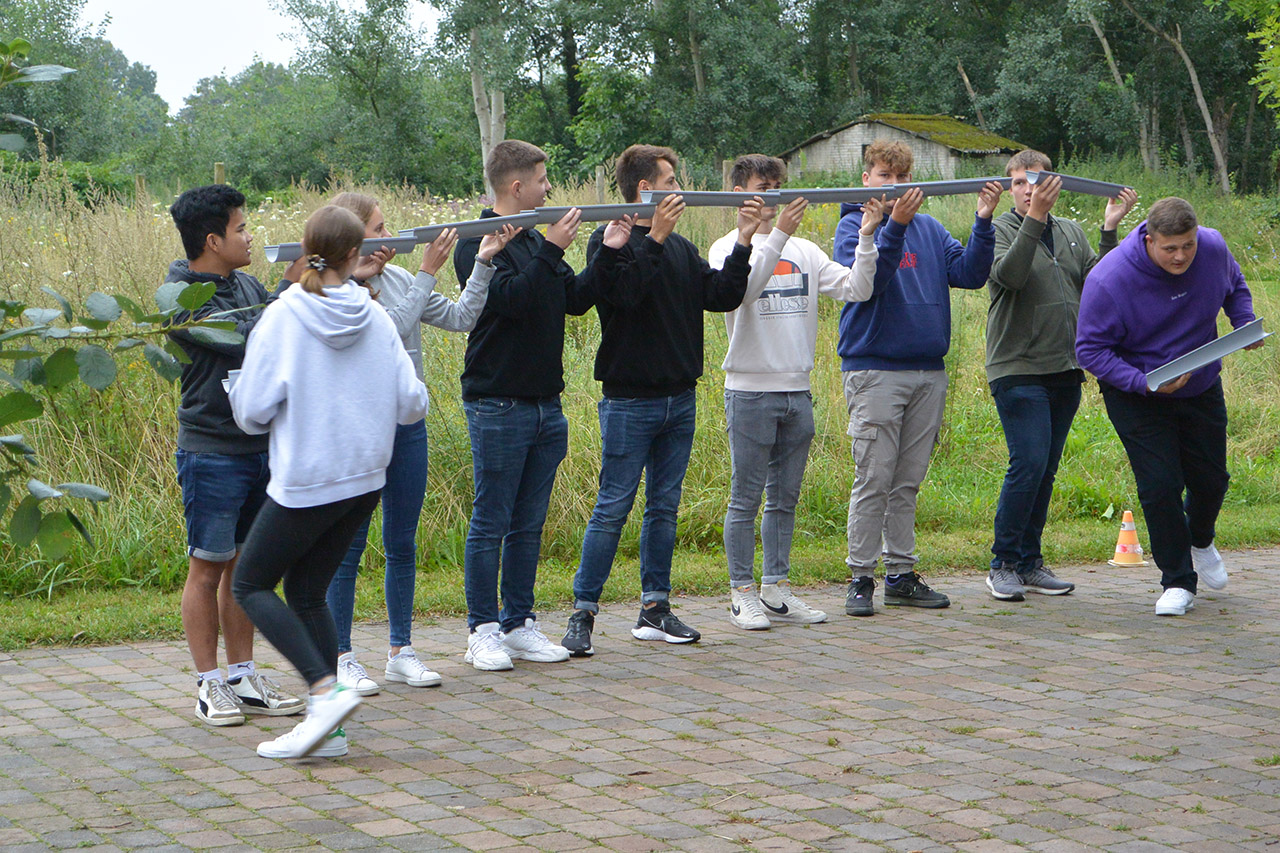 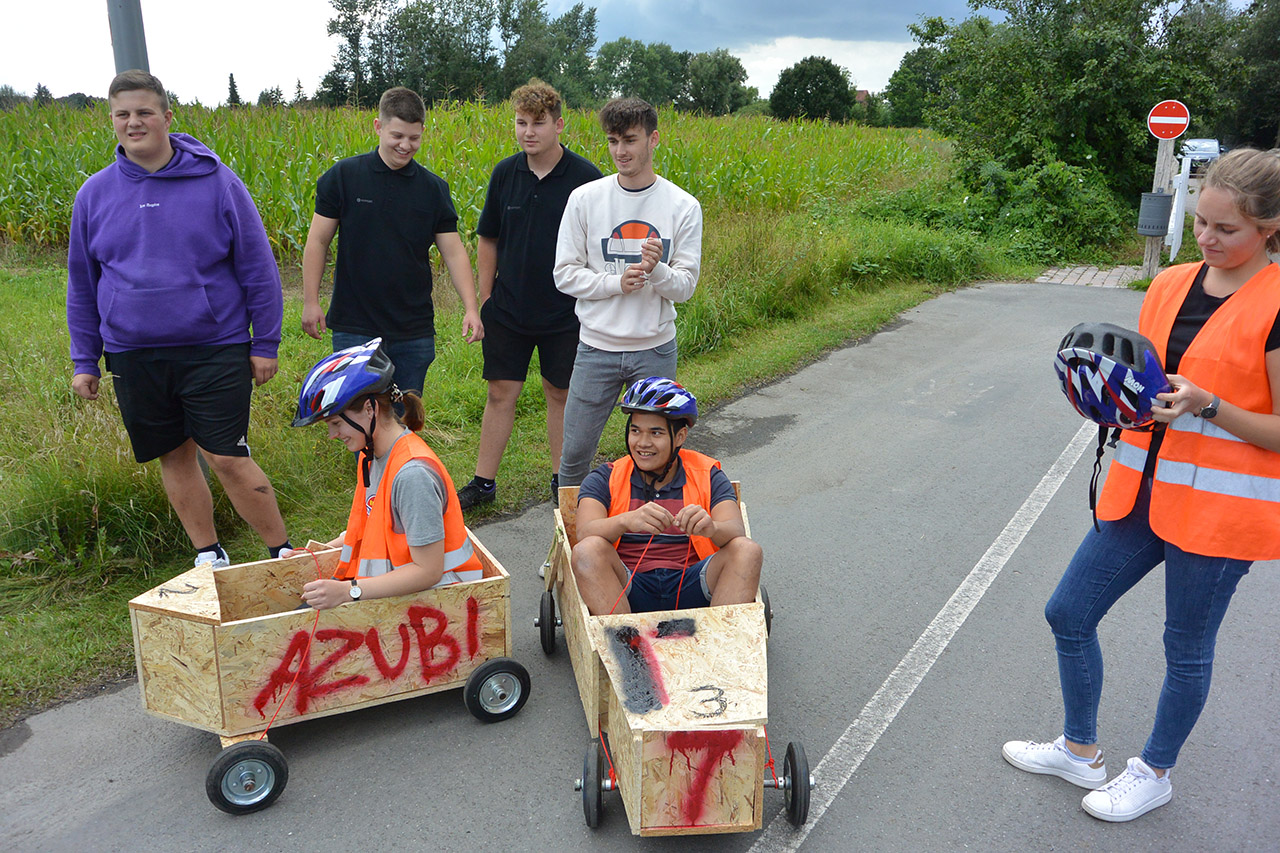 The start of professional life for nine trainees. On August 3rd, 2021, a new phase of life at RIPPERT began for the nine trainees, 4 construction mechanics and 5 technical product designers.

On August 6th, the trainers drove to Beverland with the new trainees, where they could get to know each other better during the team training sessions. With the team training, the company RIPPERT prepares its trainees for the main goals of the company at an early stage, reduces fear of contact, prepares them for everyday life in the team and helps them to identify with RIPPERT at an early stage. Equipped with kits, tools and paints, three teams were formed and given the task of constructing and designing a soap box together. After the presentation of the soapboxes, the winning team was determined in the race. Not only the stability of the construction was decisive, but also the "horsepower" and the team spirit. Now it's time for the trainees to get off to a flying start. Many exciting and new challenges are waiting for you!

We wish all apprentices a good start to their professional life! 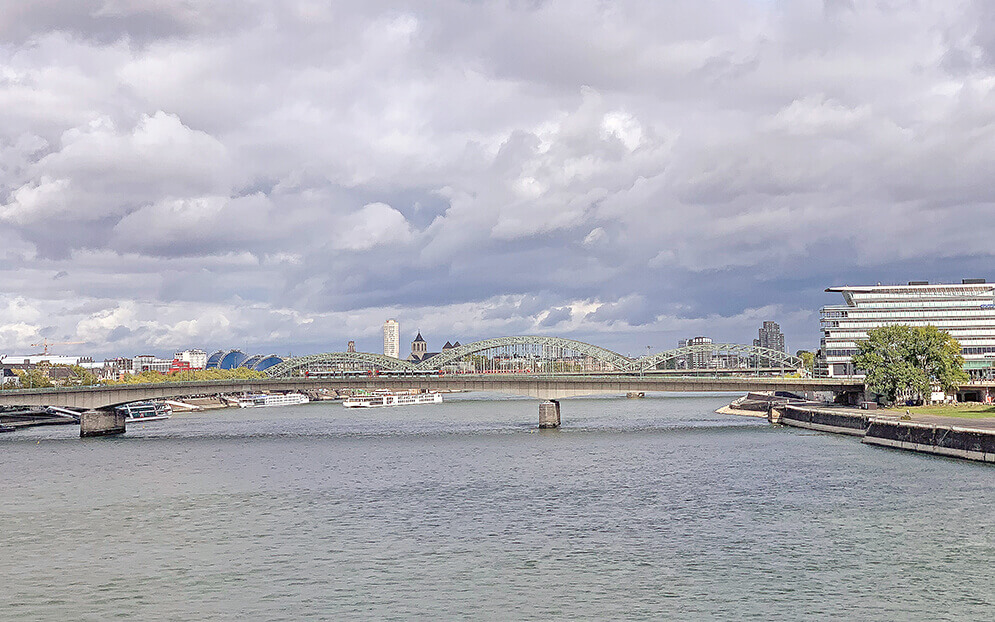 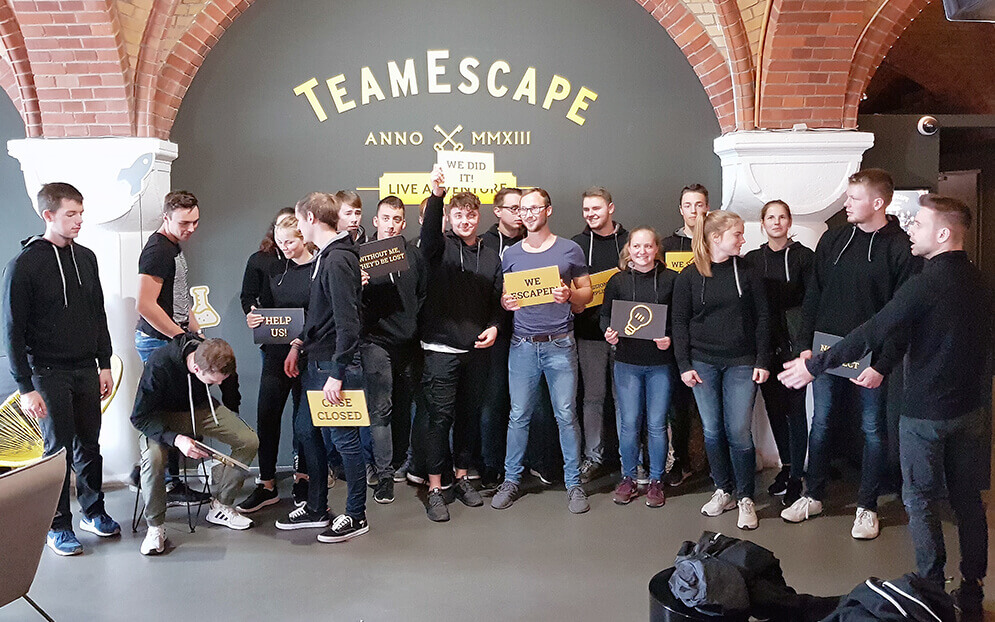 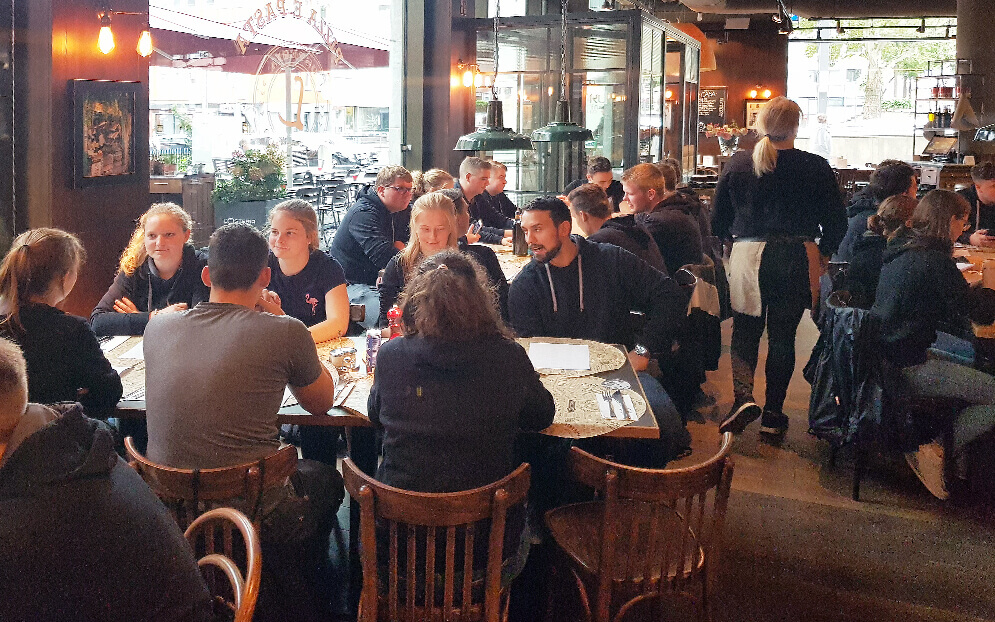 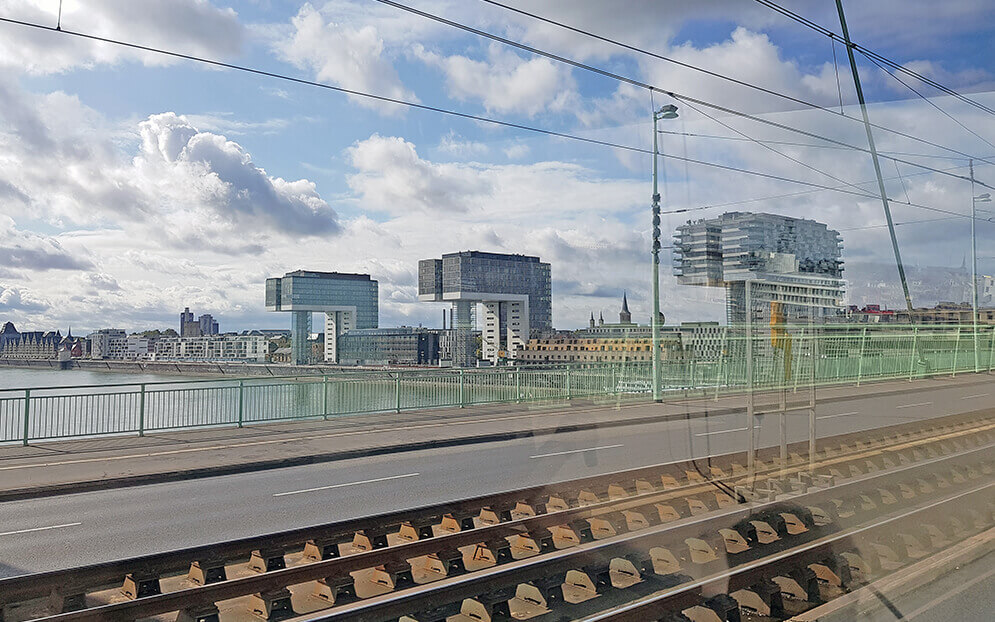 41 trainees, 4 supervisors and lots of variety.

On Saturday, 28 September, 2019, 41 trainees from RIPPERT met up with their supervisors to take a trip to the Rhine. At 7 a.m. the bus started off on its way to the destination – Cologne.

Having arrived in the cathedral city, a comedy tour was first on the agenda. Not a classic city tour, but a rolling comedy show through Cologne.

After a refreshment in the restaurant L'Osteria, the Team-Escape-Rooms Cologne were the destination. 5 mysterious Escapes were available. Suddenly the door closes and a clock starts ticking, the group discovered and combined hidden clues and had to solve tricky puzzles. In the Live Escape Games they became part of an exciting story.

In the meantime, the other groups had free time which they used to explore Cologne on their own before it was their turn. Finally they met in the evening for a common dinner at the Brauhaus Sünner - Walfisch. After the good meal they went back home. Everyone agreed that such an excursion should take place again next year! 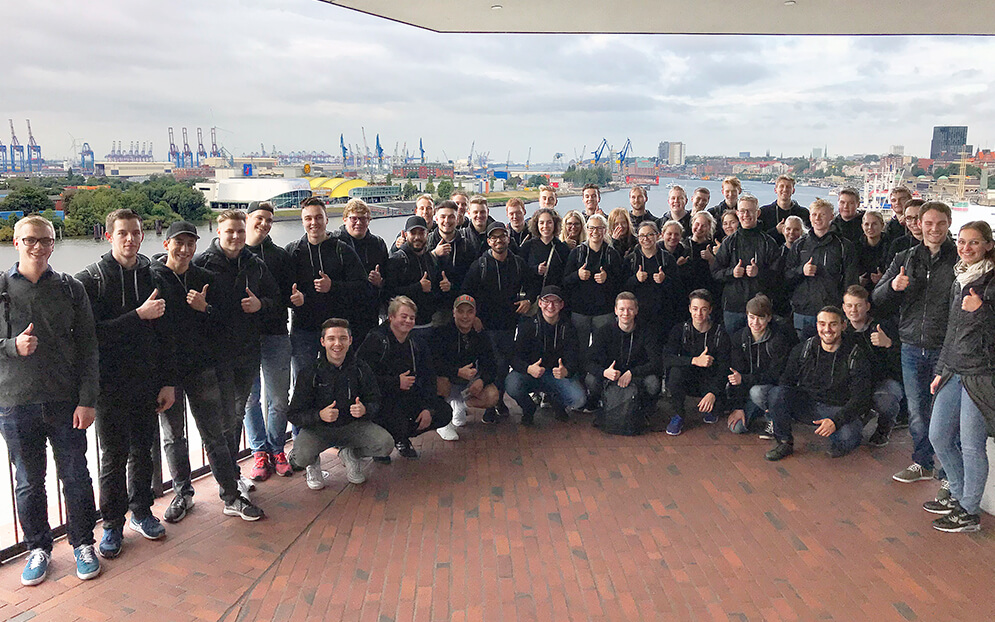 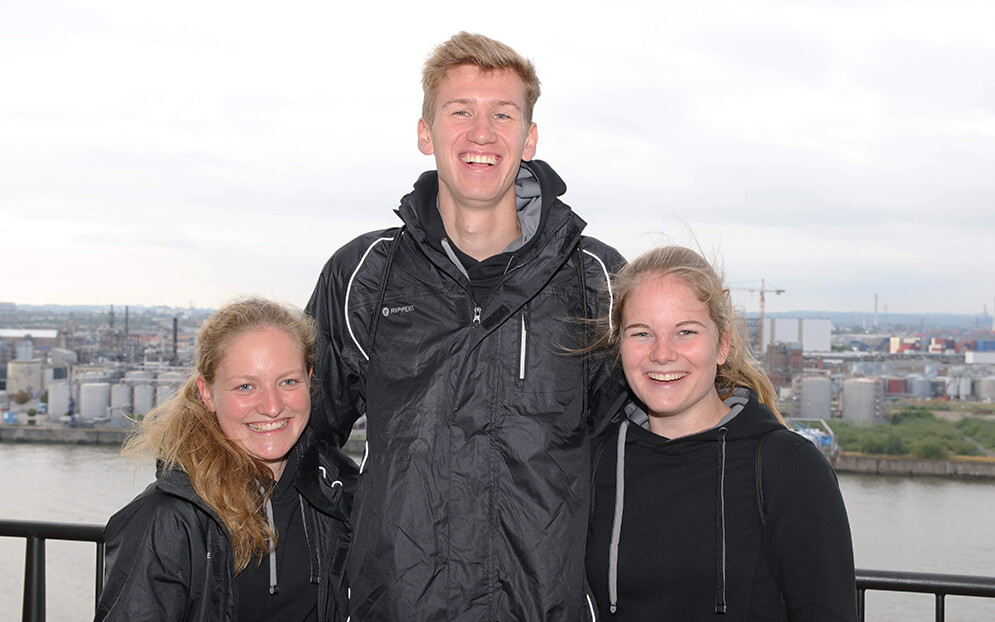 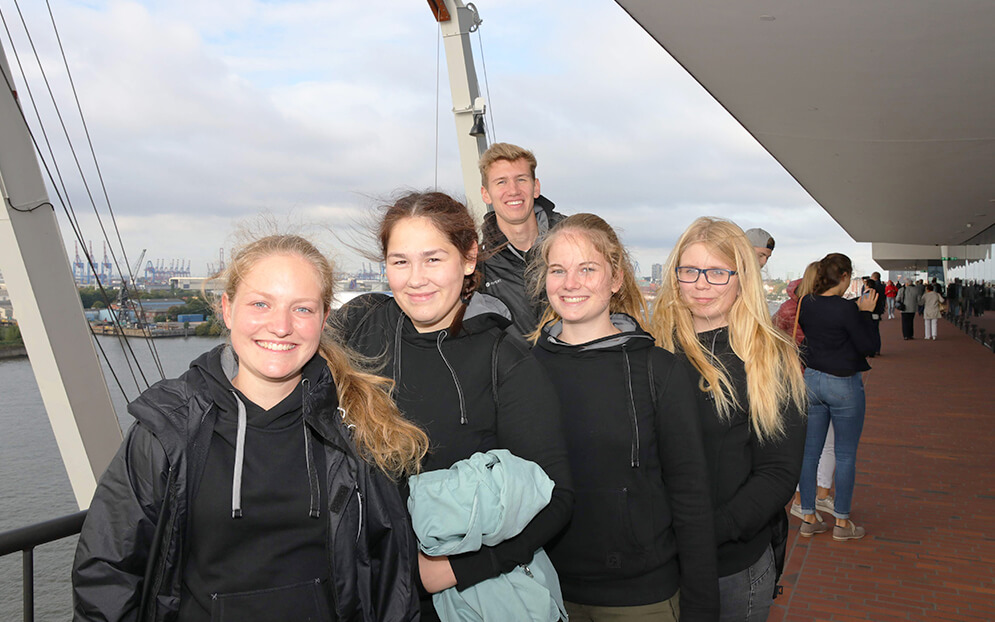 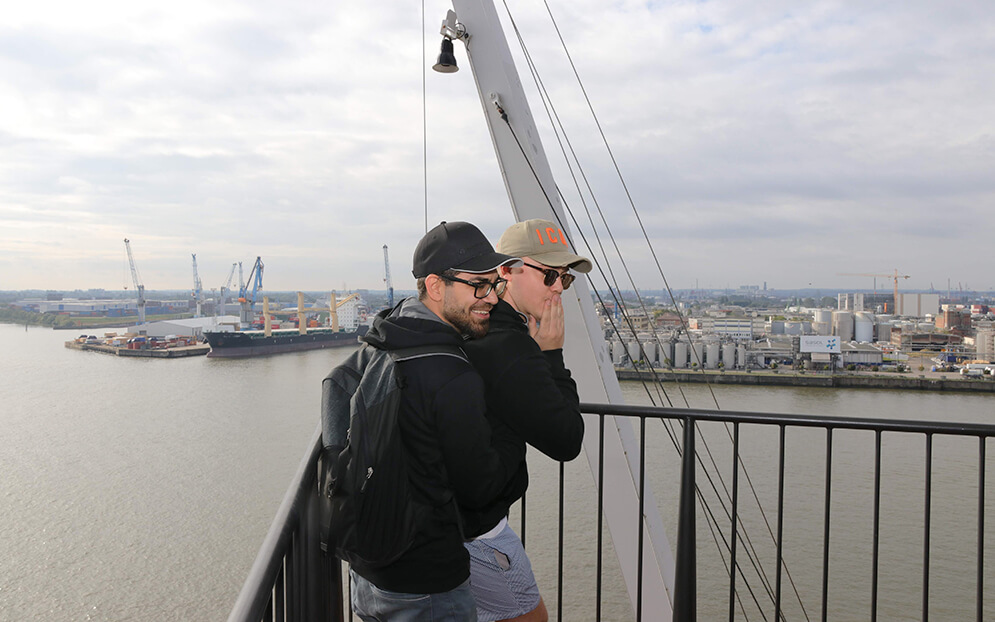 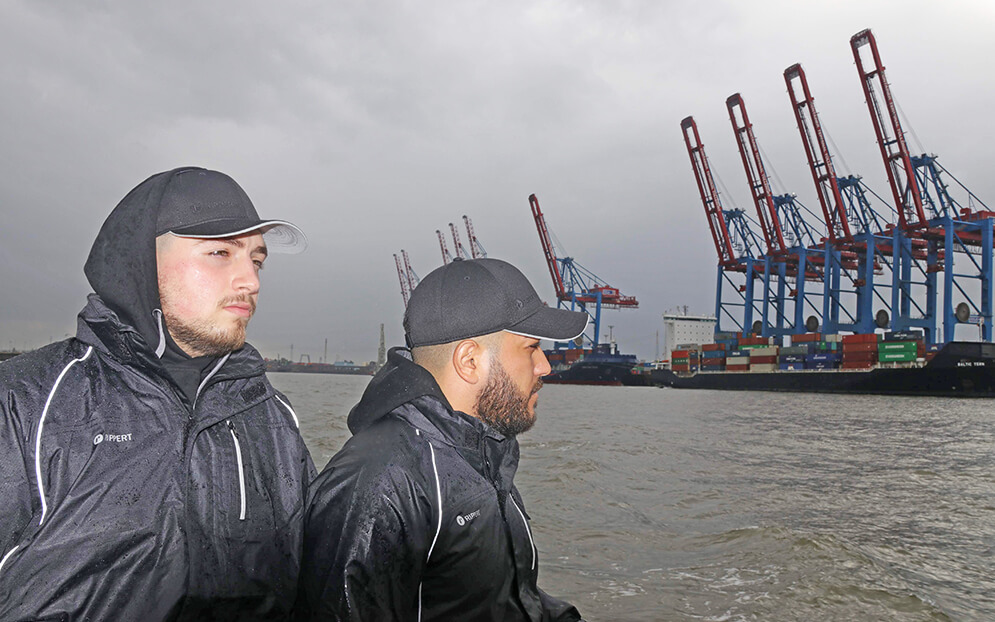 45 trainees, 5 supervisors and lots of fun

On 09/15/2018 45 trainees of the RIPPERT company met with their supervisors. On the agenda was a trip to Hamburg for the trainees of all apprentice years! With plenty of provisions in their luggage they went by bus and train to the Hanseatic city. There a visit to the Plaza of the Elbe Philharmonic Hall and the old Elbe tunnel was on the agenda.

After a refreshment in a hip burger restaurant, the next destination was the landing stages. On the water, Hamburg's historic warehouse district and the harbor were explored with a barge. This was followed by a guided tour of the Reeperbahn, during which the trainees were able to experience the Hamburg neighborhood up close and personal with lots of charm and humor - and learned why the Reeperbahn is so deeply rooted in the hearts of Hamburg's citizens.

After this classic, Hamburg's landmark was still on the agenda: the Michel. The tower of the Michel with its 453 steps was climbed by most of the trainees on foot. As a reward, there was a fantastic panoramic view over the Hanseatic city. After some free time, everyone met for a meal together. Exhausted, but in a good mood, they went back home in the late evening. Everyone agreed: Such an excursion can be repeated next year! 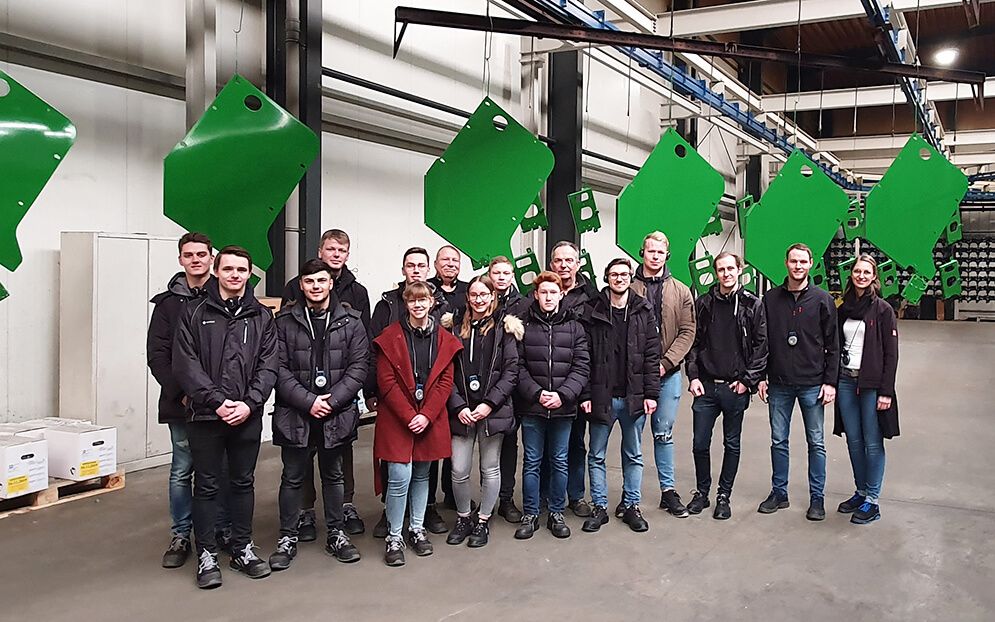 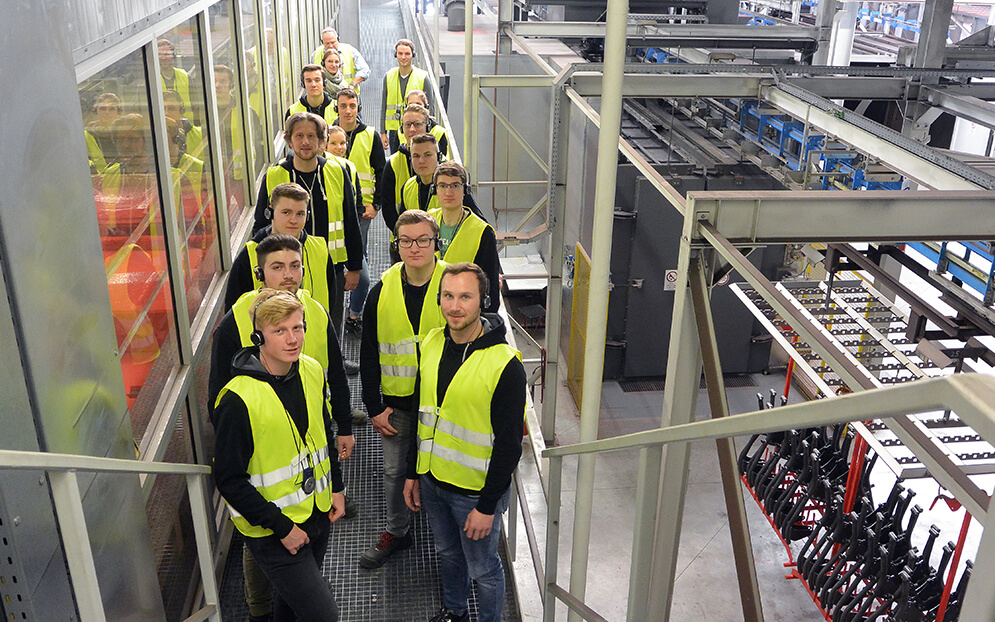 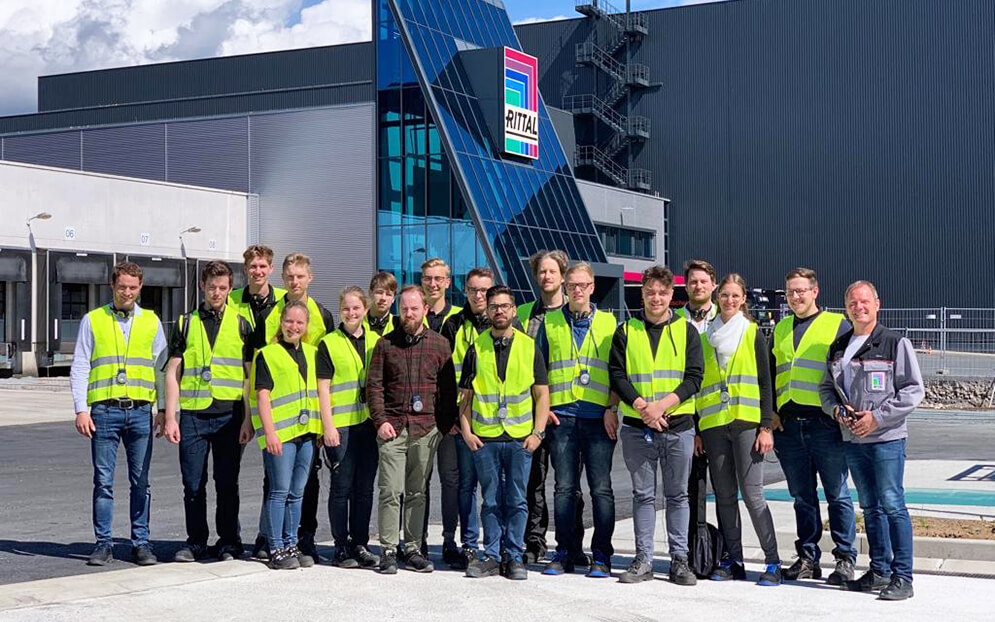 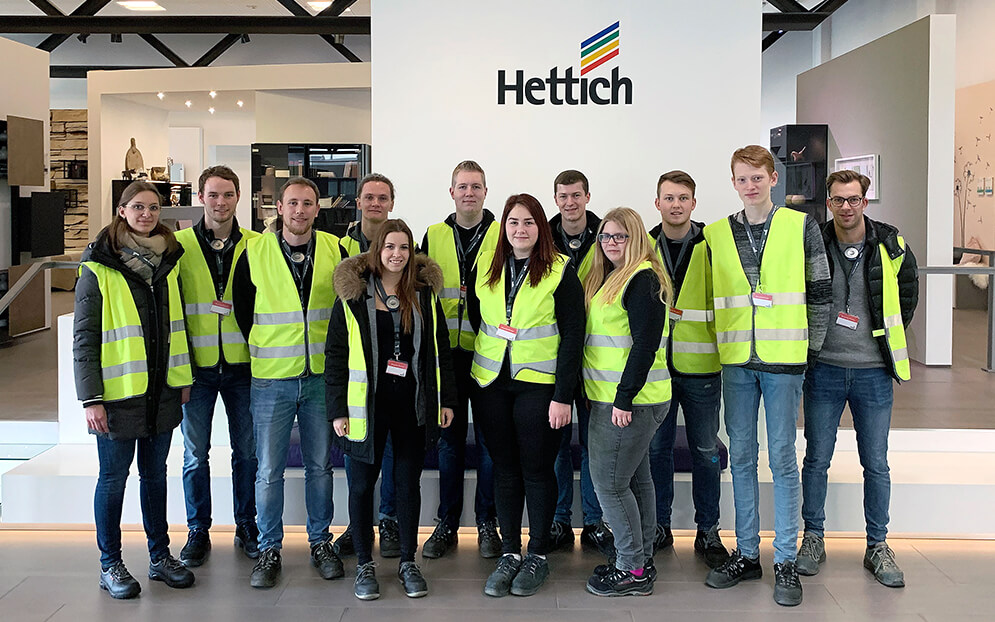 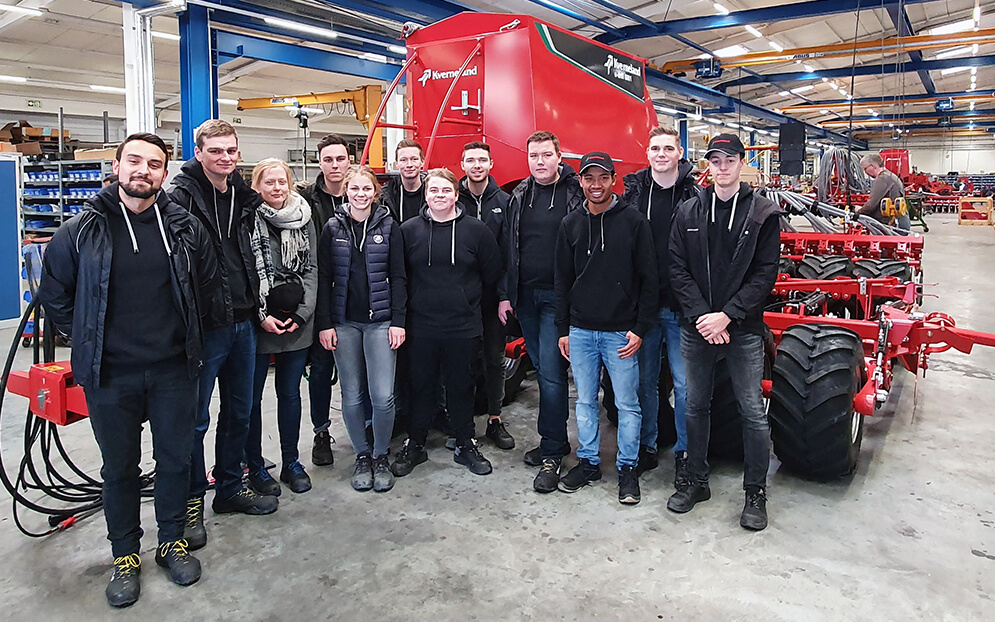 Excursions to our customersin every training year

In each training year, our trainees visit the premises of one of our customers to see a RIPPERT plant in action 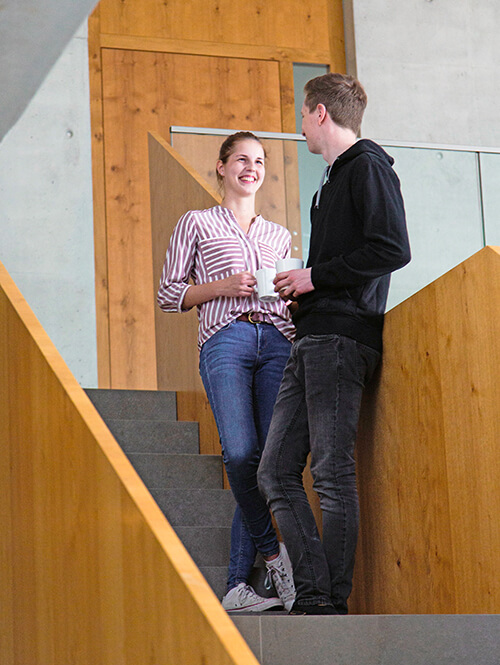 Have we aroused your interest? Then apply now for an apprenticeship.